This week Premier Boxing is making sure Christmas comes twice to Atlanta. The city will be treated to a major title fight as fan favorite and rising star, Gervonta “Tank” Davis attempts to make personal history in an effort to grab the vacant WBA World Lightweight Championship belt.

Atlanta boxing fans are emitting an unfathomable feeling of admiration and celebration for “Tank”. During my radio show if his name is even mentioned, the phone lines would light up like the north star with people hoping to win tickets or get more information on his upcoming match 12/28 at State Farm Arena.

The feeling of pure excitement for this match and fandom for the fighter was so thick in the air during last nights open to the public media workout, that it could almost be tasted as soon as you entered the parking lot of Atlanta Sports Complex. The gym was packed almost an hour before the event was scheduled with fans and families eager to get a glimpse of the champion and his stable mates of Upton Boxing Center. They all looked forward to being woven into one of the most anticipated sporting events the city will experience this year. Even the young kids looked onward with a twinkle in their eyes as Gervanta made his way through the crowd minutes before the event kicked off. From the first bell of the workout, in Upton Boxing Center fashion, the energy, power and flare where absolutely present!

First Mia “Killer Be Ellis took the square roped stage with her father and long time trainer Kenny Ellis to display and poise that only she could provide. 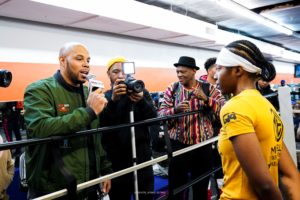 Reec gets a word from Mia Ellis, post workout with her Father and Trainer Kenny Ellis

Next, opening acts including Kareem Martin and Malik Warren graced the area with power and ability. 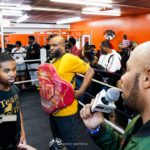 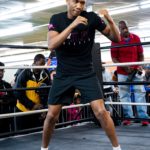 Malik “The King” Warren warms up

Two locally bred boxers where present and one will be making his big stage debut on Saturday night. During a side interview he told me it means so much to him to be representing inside of his city and for all of the kids that come from his walk of life, to see what he is doing. 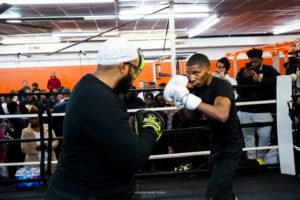 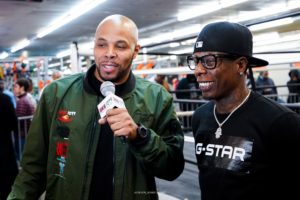 The build up did not disappoint, as long time friend and stablemate  Malik “IceMan” Hawkins took the ring. The Coach Calvin & Trainer Kenny seemed to know something about this kid that his previous opponents that have helped make his 17 – 0 professional record know as well…. He’s the real deal!

The Ice Man and Reec have a laugh in regards to Reec’s question, “will he reignite the ice grill for this fight”

Enter the “it Factor”

Champions come in all shapes, sizes, backgrounds and charisma. The Champion of the evening came with everything you look for in a boxing star, and he came with his daughter. As he climbed into the ring with his toddler it was immediately prevalent as to why the fans love this guy so much, He’s the “peoples champ”. Minutes into his workout, the other reason became increasingly obvious as to what Leonard Ellerbe, Floyd Mayweather and the entire Money Team are willing to bet the house on Gervonata. It’s because his bite is absolutely louder than his bark. His record of 22 wins, zero Losses with 21 knockouts also tells you one thing, watch out for the left hand. 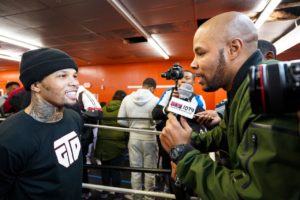 Reec Swiney getting Tanks lighter side 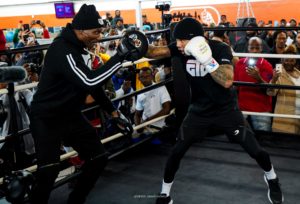 Tank shows off speed and power! 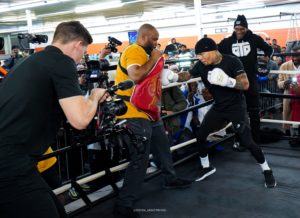 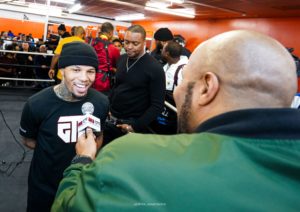 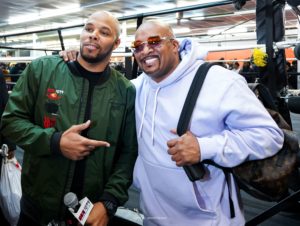 With a limited amount of tickets available and people scrambling to scrape up the last few available, I would advise you to get this fight on PPV, get you r popcorn, and come Saturday be ready for some great boxing!

About the Author: Reec