The People Air Out Issues With The Police

Ex cons, Business men, lawyers, teachers, GD’s and executives gathered into Murden’s Barber Shop to air out their grievances with law enforcement Thursday 3/21. To  their surprise they were met with open minds and empathetic ears! The event was hosted by Ty Dennis (APD Detective / Task Force Officer with ATF) & Mediated by Reec (PAYUSA / Hot 107.9) with special guest appearance by Hurricane Dave (Vice President of Programming & Operations – Radio One)

For 65 years Murden’s Barber Shop has been a hub for the community to get way more than a fresh line up. The long standing business has been a place for young men to get an opportunity to make a living, share ideals, life skills and experiences. Recently Mr. Martin, founder and owner, has felt an alarming change in the neighborhood with an influx of teenagers that seem to be loitering with no positive intentions. ENTER Clippers and Cops.  An initiative based on local law enforcement hearing the communities issues, concerning policing and police interaction.

This particular event got heated at times because of the passion that the locals have concerning the youth and the general safety for themselves and ability to continue to maintain businesses.  (Video Clips can be found at Facebook.com/)

In closing, their where many resources shard to help this community move forward, including the officers for the area sharing direct contact information with the patron so they can continue to build post event. The civilians also vowed to take more responsibility to help the local youth through mentoring and legal money making opportunities.

For More information and to come to the next Clippers and Cops event, visit: www.ClippersandCops.com

Check out pictures from the event

Check out Exclusive Interviews By Reec with your favorite entertainers & athletes!

Hoopin For Tots A Huge Success! 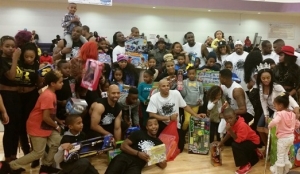 We all know that the holiday season can bring out the best of all of us. Especially when those who have a little extra can do a little more for those in need. A perfect example of this was Hoopin For Tots, a celebrity filled day of fun put together by NBA Alumni and Founder of NPO Future Superstars Academy, Kiwane Garris & Atlanta Media Partners.

Kiwane & his wife (R&B Divas Star Syleena Johnson) where joined by professional athletes, TV & Radio personalities, artist and other notables to raise hundreds of toys for kids in need.

Check out pics from this great community event:

REEC & The Hot 107.9 Hotshots Bring Star Power To Carver School Of The Arts!

REEC & The Hot 107.9 Hotshots Bring Star Power To Carver School Of The Arts! This event is part of an ongoing tour with the Hotshots Celebrity Basketball Team put together by Positive American Youth, Inc (www.PayUsa.org).

REEC To Host Turkey Give Aways for PAYUSA Right in time for the holidays!

Positive American Youth along with Morgan & Morgan Law have teamed up to provide our community with a little holiday joy! So If you or anyone you know is in need of a little help this Thanksgiving then take a look below to see where there will be free frozen turkey give aways! The events will be hosted by Hot 107.9’s REEC and are sure to be filled with celebs and personalities who support Positive American youth’s (PAYUSAs) initiatives. 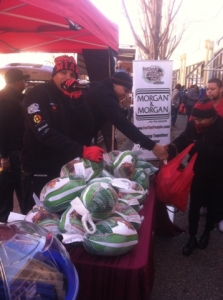 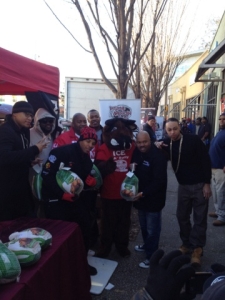 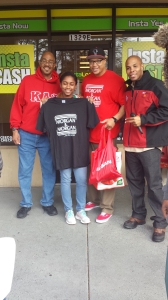 Hot 107.9’s Reec Host Free Grocery Give Away With PAYUSA!

Check out pictures below from the free grocery give away courtesy of Positive American Youth’s food pantry. The items given away include non perishable grocery items, household goods courtesy of Good 360, Costco, Wal-Mart, Feed The Children and Home Depot!

The event was hosted by Hot 107.9’s Reec and other notables came to lend a helping hand including VH1 star / vocalist Kelsey Nykole, Model “Seetz”, C-No Rich and Ms. Boss Ladii.  The event featured a live broadcast on Hot 107.9 which helped the community find their way to this heart warming event. Positive American Youth (BKA PAYUSA) holds events of this magnitude on a weekly basis.

Check out pictures below! 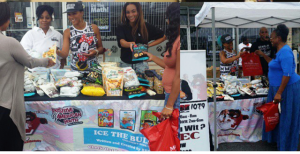 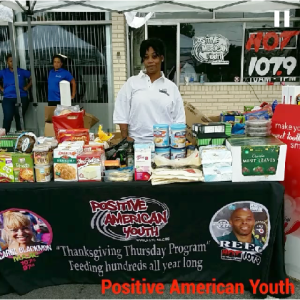 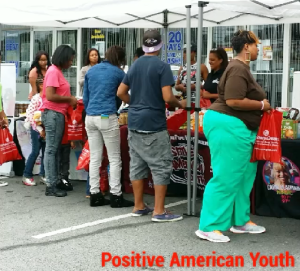 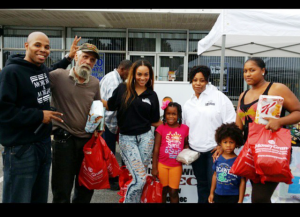 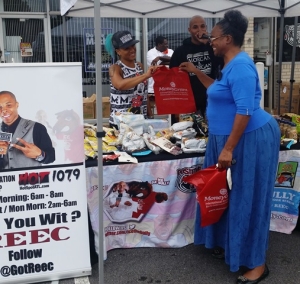 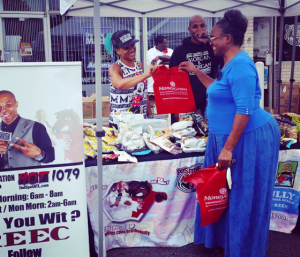 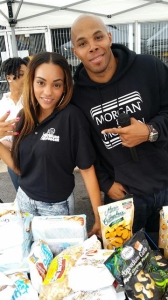 This Week in REEC’s Community Play Book the undefeated, #1 team in the state of Georgia, 8 and Under Atlanta Vikings came by the studio to kick it with Reec or #ReecPlayBook

Champions, leaders and undefeated is what you think of when you hear Atlanta Vikings 8U. This team has won many championships and bowl titles under the outstanding leadership and miraculous supervision of Head Coach Hilton Alexander and his team. The Atlanta Vikings 8U team consist of a group of talented individuals no one player is better than the other. To be us you have to beat us. “We Breed Horses” Were # 1 in the state we are always the talk of other teams conversation when it comes down to our boys they work hard everyday that’s why ” We Them Boys”

Thank you @Sweetz_2fly for your commitment!

On Saturday Sept. 6th Boys & Girls Clubs of America kicked off the Day for Kids season with a field day event in Atlanta’s historic Grant Park, where hundreds of adults teamed up with friends and colleagues and Club kids to compete in relay races and games, including Dodgeball and tug-of-war. Day for Kids is a nationwide initiative by Boys & Girls Clubs of America that engages adults to advocate for youth through fun, community events at Clubs nationwide in September.

With support from great partners like University of Phoenix nationally and Blue Cross Blue Shield of Georgia, Cartoon Network, Buffalo Wild Wings, and Coca-Cola  locally and communities nationwide, one day can change the lives of millions of kids and put them on the path to a great future. 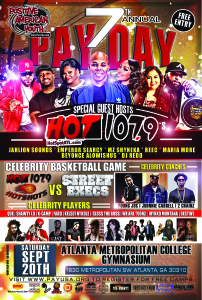 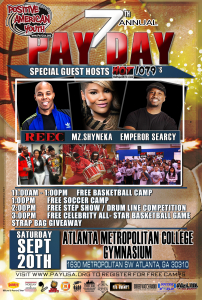 This year’s PAYDAY will be FREE for the public and will include a Soccer camp for kids 4 – 12 and Basketball camp for kids 6 to 14. We will conclude the day with a Step Show and Celebrity Basketball Game. To register for the camps visit www.PayUsa.org.